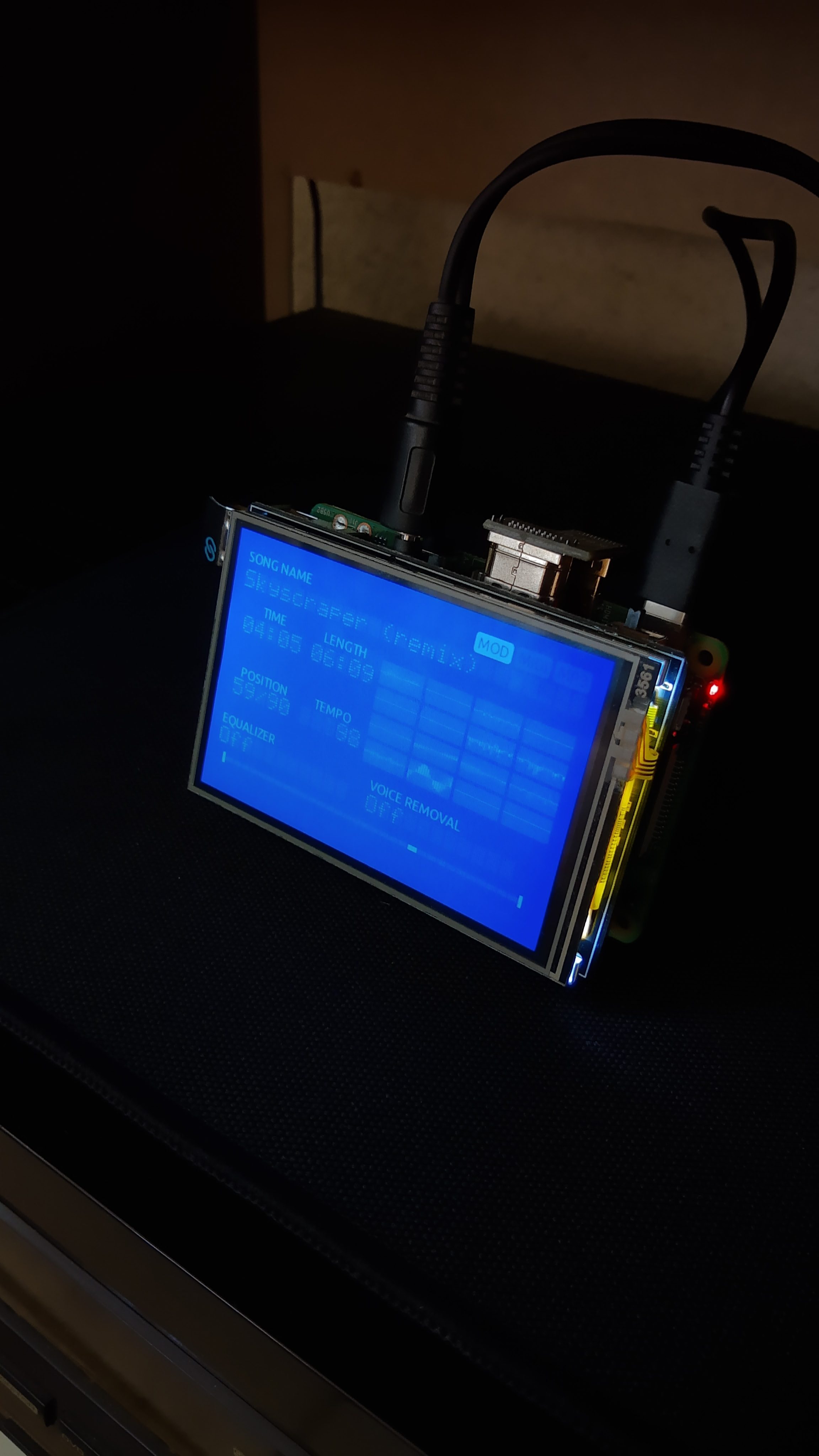 SiMusPlayer is a music player for Linux, with plans to create a hardware device unit in a modular form factor.

At this moment SiMusPlayer is under heavy development, current features are:

The hardware version is a modular device ready to be connected to an amplifier. Music files will be provided from external storage like USB drives or automatically retrieved from the network when possible, for example you should be able to search your favorite MOD song and SiMusPlayer will get it and start playing it for you.

The device will have a screen with a simple user interface and a set of buttons, internally it will be powered by a Raspberry Pi 4 device.  Right now there is a prototype running using a Pi4 and a 480×320 LCD screen.

SiMusPlayer uses open and closed source code. Parts of the app are available as open source and other parts like the DSP and main app are closed source.

These are the open source GitHub repositories

Plans for the future

SiMusPlayer is designed to be portable, it is based on a platform independent framework called FTS, and most of the external code used is also portable. There are plans to have a least an Android / Android TV version in the future, and Windows / OSX version should be doable with some effort.